What Does The World of the Djinns and Demons Look Like?

Is Using Djinn, Khodam, and MuwakilIs Forbidden In Islam?

How to Keep Djinns and Demons in Perspective? 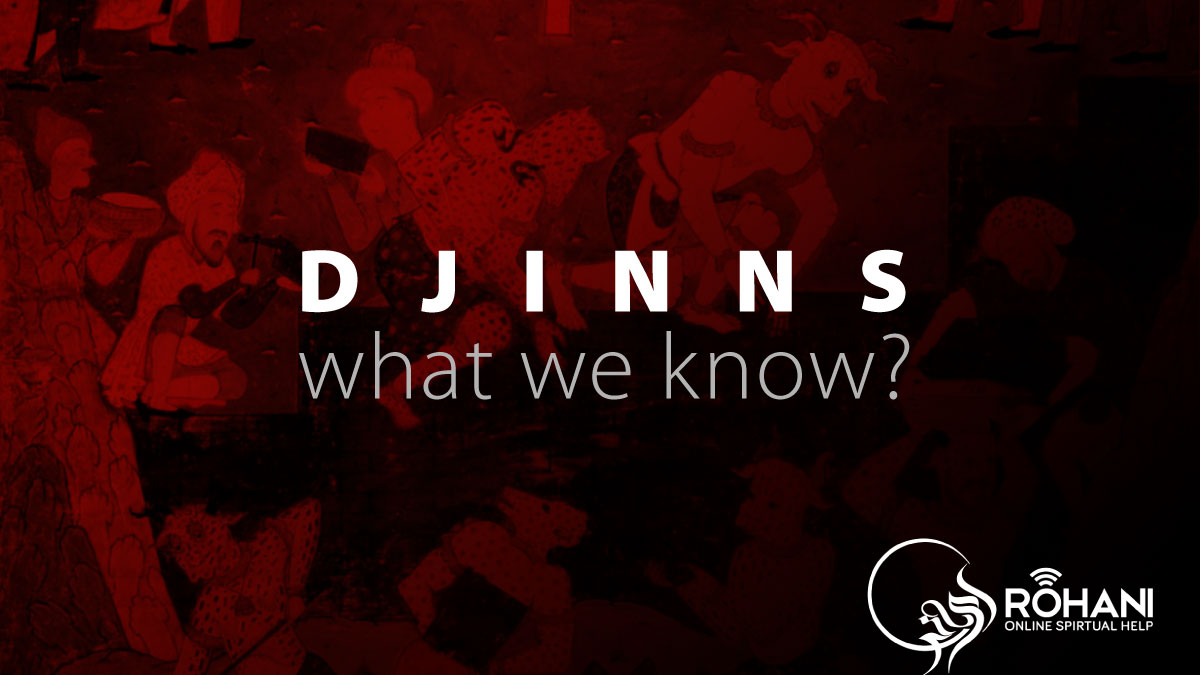 When you spend over a decade or so in a field, no wonder people start to look at you as an authority. In spirituality, the idea is not very different. It’s only those who are well experienced who can tell you how things work in the spiritual realm. The realm of djinns and demons is a spiritual realm and if a person doesn’t have a prior understanding and practice of dealing with occult entities, there’s very little they can tell you about.

With respect to djinns and demons, there are many misconceptions and still many malpractices that should be avoided by all means. People take Quranic teachings out of context and start indulging in practices that are not allowed in Islam. I will talk about them below, but first, let me shed some light on what djinns and demons are and how they are connected with our world.

Djinns are invisible entities made out of the fire. They existed in the universe long before God created mankind. But from the Quran, we know what their composition is made of and why they have been created.

God created humans out of clay which appears to be a much inferior material compared to fire.

What sets humans apart from the rest of the species and makes us the crown of the creation is the fact that we have an intellect that helps us distinguish between right and wrong. While we don’t have first-hand knowledge of the intellects of djinns and how advanced they are (intellectually speaking), we cannot say that their intellect is inferior to ours or that they are less sophisticated. In fact, djinns being made from fire — a much more sophisticated material than clay — can surely outperform us in many ways. What we also need to keep in mind is that there are many commonalities we share with them. For example, there seems to be no other creature in the entire universe that could be under a religious obligation to perform prayers, carry out good work, refrain from evil deeds, and so on. It’s only human beings and djinn on whose shoulder God has put this religious responsibility (of obeying His commands and worshiping Him).

“And I did not create the jinn and mankind except to worship Me”. [Surah Al-Dhariyat: 56]

In that sense, it becomes true that djinns are not very different from human beings. They have an afterlife and, according to what they send forth in this world, they will also be judged by Allah (s.w.t), rewarded (with heaven), or punished (in hell).

What I said so far is obvious/religious knowledge that’s available to everyone who wants to know. But I think my readers would be more interested to have a sneak peek at information that’s generally not available when it comes to the subject of djinns and demons. This is the kind of knowledge one can draw from two possible sources: one, when you elevate your spiritual level and spend many years practicing amalyat and rituals that concern spiritual entities; two, when you spend enough time with an experienced spiritual teacher who has knowledge and experience of the djinn world.

In my case, I’m fortunate to have quite a little of both. My teacher has over 35 years of experience dealing with spiritual issues and practicing spirituality as the only objective of his life. Much of what I know about the djinn universe is thanks to my teacher. Without his generous sharing of knowledge, it’s quite true that I wouldn’t have ventured beyond the basics and explore many things on my own.

I mentioned above how there are many similarities to be found in jinn and mankind. What’s also true is that there are many strange differences and dissimilarities that make us look anything but similar. The physical configuration, for example, isn’t the same. In their original form, no human can see a djinn with a naked eye. They are giant, obnoxious-looking, and horrifying creatures. They usually shift shapes though as this makes them less intimidating when they try to approach a human. Similarly, the contrast between our houses and the dwellings djinns choose couldn’t be more strikingly different. Theirs are the rough, rugged, natural, and crude places that would seem impossible for human inhabitants. They don’t pave roads, build palaces, drive vehicles, or own other luxuries of life we humans perhaps can’t live without. They prefer living in abandoned places, dense forests, giant trees, dark caves, and deep chasms, etc.

One of the practical reasons why their lives are so simple and devoid of any artificial schemes seems to be the sheer advantages they have over us in many other ways. We need infrastructure because we need to use them to make our lives easier — from driving cars to flying airplanes to conducting distant communication. Djinns don’t need any of these. They can communicate via telepathy (which is more instantaneous than our mobile devices) and they can fly close to the speed of light, rendering the need for our flying vehicles unnecessary. What’s more, their physical strength is enormous and they have something else we humans can only daydream about: their supernatural power.

I would close this here with a personal request to my brothers and sisters: don’t seek help from djinns because they have supernatural power. Seek help from Allah only who is the creator of djinn, human, and everything in this universe. No other being, no matter how powerful, can come to your rescue if it’s not for the will of God to help you.