How to Keep Djinns and Demons in Perspective?

Is Using Djinn, Khodam, and MuwakilIs Forbidden In Islam? 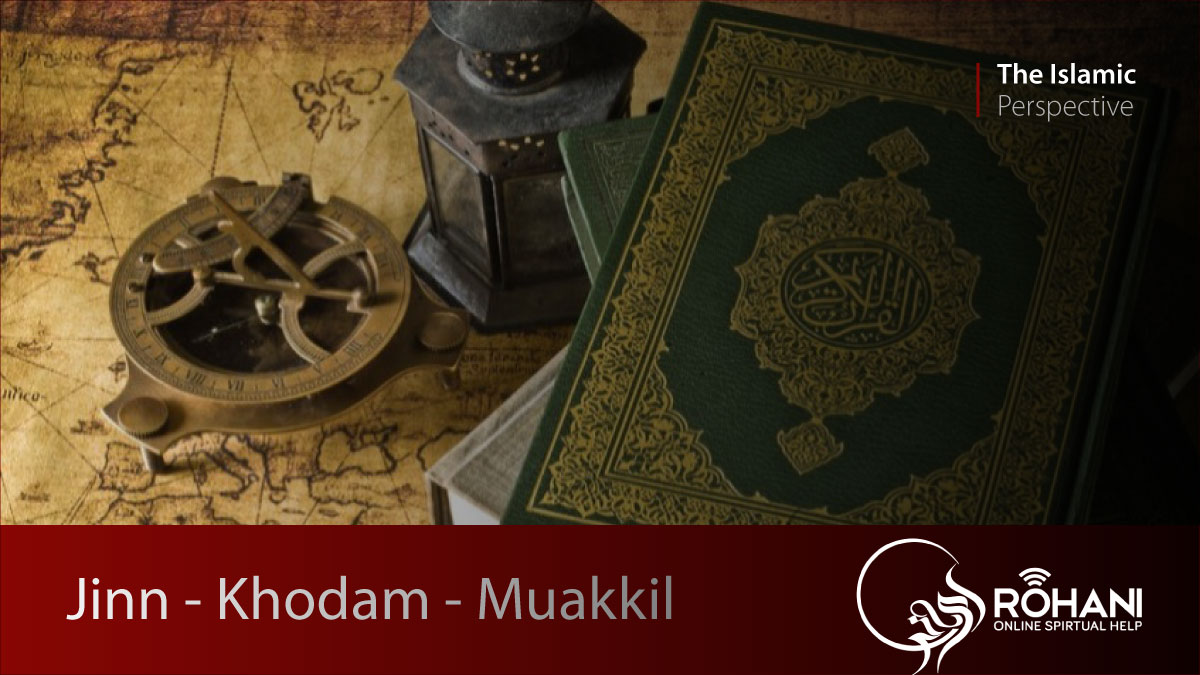 This could be a long discussion. There are views on the use of the Djinn, even among Muslims, that are poles apart. Many Muslims are of the opinion that seeking help from Djinns is equivalent to shirk. These people will quote Quranic verses and Hadiths in all kinds of ways, paying less attention to the actual contexts these verses/hadiths were brought forth.

Before I move on and address these issues, let me highlight why we humans do even need to seek help from jinns or any other source besides Allah for that matter? Is seeking help from someone other than Allah haram? Does it matter what it’s that you need someone’s assistance for? In other words, the nature of the act (you need someone’s assistance for) is good or bad.

All of these are important questions and by pondering them well alone we could come up with sensible answers.

So let me go over them one by one.

Why do we need to seek help from djinns? The short answer is that djinns are powerful beyond anything we can even imagine. They not only have the physical strength to perform to allow them to carry out herculean tasks but also supernatural power that is next to impossible in the context of human intelligence or power. It’s this reason we consider taking help (of spiritual or physical nature) from jinn.

Next, Muslim people usually wonder if asking a djinn to help even lawful in Islam? Doesn’t it fall in the category of shirk? To them, let me ask back another question: when you get ill, wouldn’t it be a shirk to seek help from your doctor? I’m sure they will have a very fine and convincing explanation to that seemingly idiotic question. But I would ask yet another question: why can’t we follow the same line of logic when it comes to dealing with djinns or seeking help from them? Why do we have to give it a negative connotation and say that we can seek help from a fellow human being but not from a djinn? The only explanation they give to the idea of involving djinn being unIslamic is that one can only seek help from the creator but not the created. The created is just as weak as creatures are meant to be. But in the world we live in, that’s not true. There are some creatures that are stronger than others (by an order of magnitude). Even among humans, some people have the mental strength, others have the physical stamina, still others have the spiritual power. People are not equal and it’s perfectly fine for those who are weak in one area to seek help from others who are not. That’s not called shirk, that called humanity and that’s called obeying the order God has created. That’s also called giving another person the chance to be helpful, carry out good work, and get closer to their creator.

We know from the Quran that Allah (s.w.t) has created both mankind and djinn so that would worship Him. Both djinns and humans have been given the dignity of choice. What that means is that no one can be inherently good or evil. It’s possible for humans to become pious or go astray; by the same token, it’s possible for djinns to carry out good work or spread evil in the world. Who are you and I to judge who is evil and who is virtuous? What if the person/djinn you’re judging to be evil turns out to be a pious being, in the sight of God? What if you’re hating someone that God loves? Astaghfirullah!

You see, many things we unintentionally do in life can put us in big trouble. Sometimes, the road to hell can be paved with good intentions. And that’s why it’s very important to use our reason and not let judgment be swayed by our false notion of right and wrong.

If there is nothing wrong to seek help from a human and, following the same logic, there’s nothing wrong to seek help from a djinn, should we seek help? There isn’t a linear answer and the most I can say is that “it depends”. It depends on what kind of help you are seeking. Is it right or wrong? Does it involve any element of greed, vengeance, or other forms of distasteful acts? Are you trying to wreak havoc on the life of the person you are jealous of or you want to seek djinn’s assistance for all the good reasons? Even if the reasons are not connected with some spiritually elevated goals, they should not at least involve any elements of evils and immorality. When your conscience is clear and you need help (ensuring that you’re not violating any Islamic law), then by all means you should consider seeking djinn help.

To seek help is to acknowledge the Quranic philosophy that “God will not change the condition of the people until they change it themselves.” Ultimately, Allah is the ultimate source of healing and responding to our needs. By seeking help, all we are doing is playing our part and leaving the consequences on God.

Why djinn for help and why not any other source? Well, there are certain things that only fall in the domain of djinn. Djinn possession, for example, is a thing. It’s a spiritual problem of severe nature and in most cases, the spiritual healer seeks the help of another pious djinn to do away with the problem. When problems of this nature happen, you don’t consider going to a barber, a plumber, or even a doctor. Just as when you fall down and hurt one of your arms, you don’t in your wild imagination consider consulting a djinn.

Anyway, this a long, intricate subject and can’t be covered in one go. So I would reserve any further discussions on this to the subsequent posts that will be rolled out in the blog section of my site. InshAllah.