What is Azaim (AKA Exorcism)?

Can you discuss jinn/djinn and demon from an Islamic context?

What are the types of jinn/djinn? 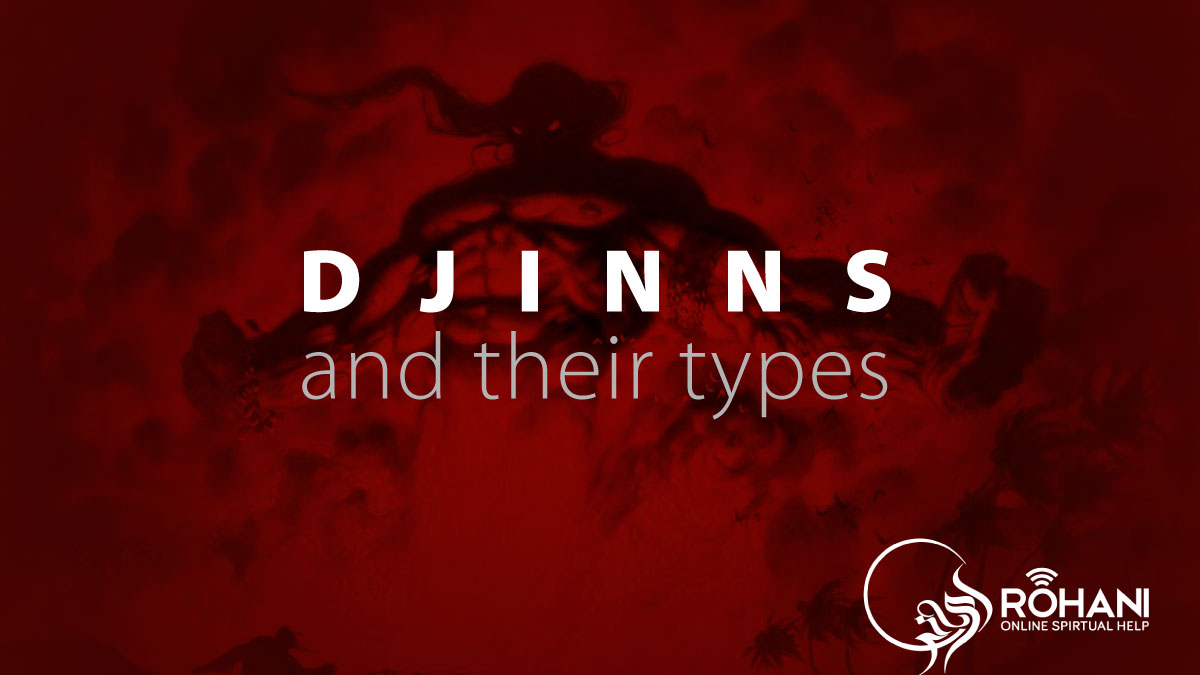 One thing is established that jinns are part of our world. Similar to angels, they are invisible to our eyes but they are the greatest masquerade of all. For the most part, djinns have been responsible for the paranormal activities we humans have been experiencing throughout history. Some spiritualists go as far as to say that all our interactions with spirits, shadow figures, extraterrestrials, and others involve the mysterious Djinn.

Little known in the west beyond folk tales, the existence of djinns is deep-seated in the Islamic world. In the Quran there are many accounts of Djinns. Allah says in Surah Al Hijr (verse 27), “And the jinn We created before from scorching fire”; in Surah Rahman (verse 15), “And He created the jinn from a smokeless flame of fire”. In line with these Quranic verses, the holy prophet (PBUH) also said that “The Angels were created from light and the Jinn from smokeless fire.” (Sahih Muslim)

If you’re blessed to read the holy Quran, you know that the only purpose Allah has created Djinns (as well as humans) for is so that they worship him. As Allah says in Surah Al-Dhariyat (verse 56), “And I did not create the jinn and mankind except to worship Me”.

However, unfortunately, it’s easy for djinns — just as it’s easy for humans — to stray from the right path and indulge in evil activities. They can do so because the Lord has created us and given us the dignity of choice (separating us from all other forms of life).

The Quran is very clear about the fact that Iblis — the Satan and the father of the jinn who was made of fire — disobeyed God’s command and was cast out of heaven; and since that day he became a negative force and God gave him reprieve until the day of judgment. As it’s mentioned in Surah Al-Araf, (verse 27), “O children of Adam, let not Satan tempt you as he removed your parents from Paradise, stripping them of their clothing to show them their private parts. Indeed, he sees you, he and his tribe, from where you do not see them. Indeed, We have made the devils allies to those who do not believe”.

So the fact remains: evils in the form of djinns exist and it’s our job to protect us from their evil schemes and influences.

Now I will jump straight to the subject of this conversation: what are the different types of djinns? According to the existing literature, there are many categories, classification, and types of jinn/djinn. For short of time and space, I won’t speak of each but will give you a birds-eye view of what the main types are and how they are classed.

Amir: Amirs are the jinns that are not often conjured. They live around us and among us but, as such, they are not harmful (nor very useful) to attract the attention of spiritualists and black magic experts.

Ghoul Si’la: These are the types of djinns that live in dark dingy places and graveyards/cemeteries. Ghouls often happen to be of dark and malicious nature, making them all the more appealing for black magicians. It is mainly this reason why most magicians prefer to perform rituals in graveyards — as doing so helps them get closer and forge stronger bonds with the djinn.

Qareen/Hamzad: It’s believed in Islam that every single human is born a Jinn or Jinni. By its very nature, this Jinn gets in the way of the person and his/her spirituality, causing them to do sins and bad things. In Arabic, this djinn is called Qareen but it’s also called hamza in the Indian/Urdu dialect. There are various theories surrounding Qareen, but the truth is this: it can be captured and made a servant to carry out good works only by those whose level of spirituality is very high. Qareen’s own nature being evil, it’s usually relatively easier for a person with evil intention to partner up with it and carry out demonic schemes. However, there’s a white (ruhani) way that doesn’t include indulging in sinful acts but it does include remaining pious and refraining from sins for a period spanning many years. When you become heavily involved in religion and God, your spirituality level will go up and, finally, you’ll be in a better spiritual position to first weaken the resisting power of your Hamzad and then make him your servant. Once you’re successful in doing so, there will be immense benefits, including the following:

Obtaining information about any person in the world with the help of your Qareen.

Fairy (Pari): Fairies can be classified in the flying djinn category. While they have no fixed abodes, they like to stay around pounds, lakes, glaciers, and small bodies of water. Because of this reason most amils/spiritualists/magicians prefer to close in on a lack or a small body of water while performing rituals to conjure fairies. Fairies are beautiful female creatures and they can do many things if one is able to conjure them. Due to their good nature, they remain loyal to the person they cooperate with. They can use their spiritual power to prevent hexes, bring about good luck, and perform other important things (of both spiritual and physical nature). However, keep in mind that fairies are not meant to be married to or have any sexual relationship with. Doing so may result in strange problems and you’ll never ever be able to have a human companionship again.

Shayateen and Maarid: They are the djinns who are pure evil by their very nature. Non-Muslims call them demons and they are the worst category of djinns. Almost all the shayateen and maarid jinns exist to serve the king of the devil — Shaitan. It’s to be noted that while other djinns have the potential to be good, pious, and faithful, one cannot expect shayateen to be good. Evil is in their nature and that’s all they are capable of doing. Because their demonic power is so strong they can wreak havoc on one’s life, ranging from death to illnesses to destructions, loss of property, possession, ill luck, and more. But the good news is that these djinn are very afraid of the holy Qur’an — they burn badly when they hear someone reciting some aya or verses from the holy book of Allah.