FAQ On Using The Holy Quran For Conjuring & Symbols 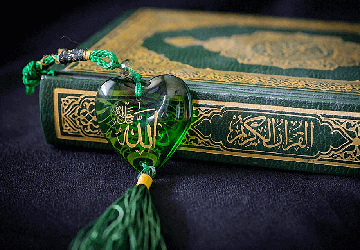 We received many questions like the ones below in this blog post we will be covering today inshallah.

The problem with such questions is they become debates, I listen to what others have to say and then give them a response but after my response, they wish to go back and forth which I don’t have the time for. I know our dean and I know our dean have various different opinions therefore debating with me is not something I wish to do here; I will give you my opinion on your questions and rest Allah subhana wa’tala knows best.

I will not be responding to any more emails regarding this topic in the future from anyone from now on I just do not have the time. This is the reason why I have made this blog post. Anyone emailing me about this topic will not receive a response and if they continue to email me, they will be blocked from the website. Also, their email. And any other form of contact with us.

Bismillah Hir Rahman Nir Rahim, “In the name of Allah, The Most Gracious and The Most Merciful

Firstly, you can’t speak for everyone, you can’t say that every person who use the quran to call forth the jinn is doing the ibada specifically only to call the jinn and has no remembrance of Allah subhana wa’tala in that specific ibada whatsoever because in this case, it is shirk Moving forward.

When one uses the Quran to contact a jinn and does fasting and so on yes your correct the fasting is not for Allah subhana wa’tala but fasting for any other reason beside fasting for Allah subhana wa’tala does not make the fast wrong if this is the case one should not fast for health purposes? Now when one does an Amliyat via Quran the person knows very well that they are using the words of Allah subhana wa’tala to call a jinn forward, not calling the jinn fourth by invoking ibless or any other being, therefore it is similar to one doing ibada to get something such as a job, health etc, doing ibada to get a jinn does not make the ibada shirk nor does it take the sincerity out of the ibada because if this is the case than we should not do ibada to gain anything since the purpose of the ibada will be to gain something and not strictly for worshipping Allah subhana wa’tala.

Now do I consider using the Quran to contact jinn valid?  Over the years my opinion has changed. One thing about me is that i always explore this field, explore to look to see what I am doing is valid or not, I seek opinions of other practitioners not simply imams or sheikh because I feel one cannot debate on a subject, they have no knowledge about. Moving forward, no I do not feel it is correct to use the Quran to contact a jinn as I once did, i feel if one wants to get a jinn and they wish to incorporate ibada into it, then simply do dua to Allah subhana wa’tala to “give you a jinn’. Now, why do i feel this way? Because there are people out there who have never done any ibada, who never remember Allah subhana wa’tala and suddenly want to utilize the Quran to call a jinn, then there are those people who do ibada, who are good Muslim and want to use Quran to call a jinn but once they start the Amliyat there full attention is towards getting the jinn and the worship to Allah subhana wa’tala becomes secondary and I would say maybe 90% of the people who do conjuring via Quran will have this mentality and this is also why finding success in calling a jinn fourth via Quran is very very difficult and the least effective and when it has been done in success it was usually by individuals with very strong imam where the ibada was done for Allah subhana wa’tala and if they got a jinn to come forward than so let it be but that was not there entire focus.

Well firstly rabita is a Sufi meditation that is often done with the student and the sheikh, we Do no such form of meditation, we teach no such form of meditation, and any form of meditation we teach is done so the individual learns to calm down, control their breathing, relax the mind so when they ibada and or dzikir starts they connect better with their ibada and are not focused on what they have done throughout the day or need to. We don’t use meditation to connect to a jinn, to work on the “chakras” but specifically to bring one to a more “spiritual” state in hopes to the individual connecting better to their ibada, insha’allah

World om and let’s say a picture of the ‘budda” statue in a talisman would make it completely haram and shirk because each one of those symbols is connected to a form of ibada from a kuffar religion. What you have done is taken a ruling and applied it to any symbol without knowing anything about the symbol you are applying that ruling to.

This is why I say one needs to learn about such things before making a judgment because some of these symbols simply mean “God” and not used to worship God but used as a symbol to state God.  Now you might say since those symbols are not Islamic it is still haram but there is no such thing as an Islamic symbol and the one that is often used to represent Islam the moon and the star is from a pagan practice.

Even though these symbols you find on various amulets are not “Islamic” they are still not connected to any form of worship and many of them are letters written in occult texts.

How these symbols are utilized is where the problems can arise.  There are people out there who misuse the Quran, austufirullah, and use it for magical practices austufirullah, certainly, this does not make the Quran forbidden, what’s forbidden is the practice. When such symbols are mixed with Ayat’s or names of Allah it is not done to add power to the Ayat, or to say this symbol or that symbol is equivalent to the Ayat.

One takes medicine but reads surah al fatiah for health, does this mean since he is taking medicine and reading surah al Fatiha he is saying the surah al Fatiha will not bring shifa without the medicine? No, the medicine is simply taken as an additional form of shifa and surah fatiah to increase that shifa /barakah.

For example, a Muslim in a Christian form (1) instead of with Christians (2) goes to church (3) – there are already 3 symbols/actions from someone else’s religion/worship, and this means that this is a shirk in Islam.

The reason why it is said Muslims should not go to the church is because Muslims might convert to the religion of the church by frequently visiting it, various scholars have said it is okay for a Muslim to go to church and even perform salah in a church.

Also, for example, if a Muslim equates something non-Islamic from the field of religion to Islam, it becomes kufr because of the words of the prophet Muhammad (s. A. V.): “Islam is exalted and nothing is exalted above it.”

For example: if you write on talismans / taweez instead of with Islamic texts, non-Islamic texts such as pictograms (no matter how it is justified) then it already becomes kufr because you thereby equated such to Islam.

Well, accordingly, kufr can be plussed and the more kufr in sichra, the faster the jinn are ready to help sahir.

And you have worked with jinn to know this? How do you know what makes a jinn work faster? Once again, what you have heard, or read, or seen right?  Once again, your making assumptions about a knowledge you know nothing about.

If one equates in other words says this is the same as Islam or above it then it becomes kuffar.

Where have we said this talisman, or that talisman or this symbol or that symbol is equal to this Ayat, or that Sunna, or that dua or above it, austufirullah, we have not. Once again, your apply a ruling to a matter you have no knowledge on.

What you see are symbols and you notice the symbols are not affiliated with the Quran or Sunna directly, so you mark it haram when you have no knowledge about those symbols.

this world has symbols for almost everything, business, food, medicine, directions. Now should we look past all those symbols since they are not affiliated with the Quran or Sunna, of course not.  One has not said this symbol or that will do something on its own or that there is a jinn affiliated with it that will resolve your issues, this is kuffar.   Every item we prepare is via Islamic means, we don’t contact jinn’s, we don’t contact jinn to empower any amulet or symbols.

Why many scholars refrain from such things is because they say it makes a person get dependant on something else than Allah subhana wa’tala, it pushes one away from Allah subhana wa’tala and while I agree on this I will not say completely because it is also how the one who prepares these items explains it to the customer.

Do you know how many people have become Muslim after purchasing these items Alhumduilla, they felt something they never did before, noticed a benefit they did not before and when they asked we do not praise the item or the talisman but we praise the method we used to prepare the item which was Islamic, this then makes the person more interested in Islam, now if we gave praise to the item, the symbols and writing on it than certainly, this can cause one to fall in shirk.

There are people who have not left their religion yet, but now recite surahs, ask us to give them names of Allah subhana wa’tala to recite when facing a problem, is this shirk, did our items bring them shirk, since they became Muslim does this mean shirk was involved in it, Austugfirullah.