Sufis about (Love-Hub) from the Book of Love 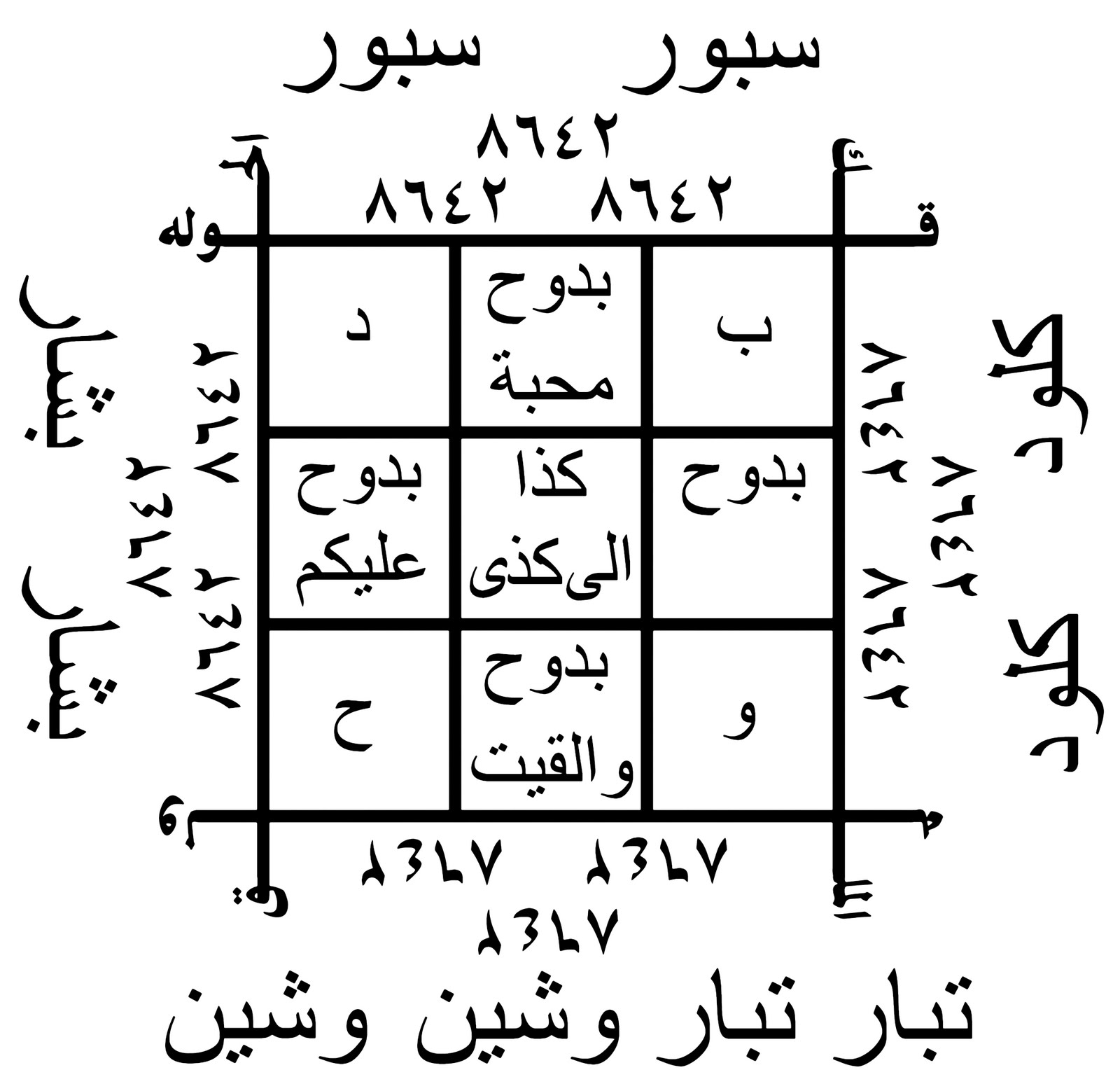 Birhatiyah – The Oath of Solomon Secret

Firstly I would like to make This clear there is no proof that King Solomon Used  Birhatiyah – The Oath of Solomon It is according to the Jews Prophet Suliman was a great magicians who used spells (Austugfirllah) us Muslim clearly say that He was a Prophet of Allah, and he received his power from Allah, a ring was given to him that allowed him to control the jinns, winds, understand animals, so why would Prophet Suliman (as) need a oath or anything like this to read when their power was strictly from Allah, they did no magic or even deal with magic, it was Shaitan who wrote books and hid them under Prophet Suliman (as) throne and said to the people look this man practices magic and People are going with the belief of the Shaitan/Devil

Do People see why so many Islamic scholars say magic is haram, dealign with jinns haram it is because of situations like these. People are Thinking these are names of angels or  names that refer to Allah but what language scholar can confirm those names have to do with Allah?, and this is the Oath of Suliman meaning you believe Suliman (as) practiced magic which is the complete opposite of Islam, it is a belief of non muslim and some of the jews and this is  where People are leaning towards.  This is shirk, this is Bidah which People should know very well.

Let me give you an example If someone came up to you said a very odd word that no one can 100% say what it means, but this person  tells you to refer to Allah buy this word would you do so? No, because no one can confirm if that word actually means what this man has said it does.

This is why i say in my Website i don’t use odd symbols or odd names in my Tweeze/Talisman because No one knows beside Allah know what those words mean.   Dua Birhatiya was spoken About in the books Shumsul Ma’Arif, written by Al Buni, there is no original copies of that book left, this Dua Birhatiya ,and when Al-Buni wrote the book he Purposely put many mistakes in it so people would not misuse it, he wrote the book to show people of the other things Allah has created but people started adding to these books and made something of their own, Al Buni knew the only people who could use his book properly were people who were very well versed in magic.

What People are doing here is wrong, your using names you have no idea what they mean, People are calling this dua the Oath Of Suliman (as) as he was some magician, People are believing the view point of the jews and Non muslims. People are feeding into innovations and false information in hopes to make money. It affects me not but it is haram.

I am not saying the Dua Birhatiya is haram what i am saying Firstly it has nothing to do with Prophet Suliman (as) secondly no one knows what those name/words are if one wish to recite it is possible but One needs to be Properly Guided, using it as Tweeze/Talisman i am against because as i said no one know what those names mean

I hope this has cleared up the misunderstanding that people have about Dua Birhatiya.

Reading Quran Amliyat/Ritual Without Permission Does it Make A Difference?